Explore an evacuated city, and try to prevent a disaster.

Great atmosphere and story, and I think I get the respawn mechanic: workers are being forced back into the complex to shut the thing down with no consideration for their own survival.

I found some issues with the double-jump controls.  In particular, my keyboard (just a regular US laptop) apparently can't send space, left, and up at the same time, though all other combinations seem to work.  Thankfully, one doesn't have to keep space down after initiating a double jump, so with some practice I managed to figure it out.  (The tutorial helped, but I still didn't realize I could use up or down or indeed changing sequences of directions for a while.)  Beyond that, game lag (picks up once a few areas have been cleared) sometimes affects how long you can fly, making certain tricky jumps  a bit trickier.  But then I suppose powered exoskeletons might fail in high radiation environments, so we'll call that a feature :)

Edit: Adding WASD as alternate keys for movement and Shift for jump would help with my keyboard woes and appease folks who prefer directional controls to be on the left.

fantastic game, only gripe is that flight is a bit janky

Dying takes me back to the start of the game, I have to reload the game and select load to return to a checkpoint. Is this by design?

Hey! Thank you for playing :)

As explained in the tutorial, press X when you're next to a diamond shaped sprite. It's a checkpoint. When you die, you spawn back next to the fire camp (this is 100% normal, this is story-related), go back in the tunnel and you'll spawn right back at the checkpoint you activated :)

It also works as save feature. If you want to play more another day, just press "Load" after launching the game!

Aha, my fault, I never went back in to the tunnel - just assumed something wasn't working. I understand now.

Really enjoyed this game, I loved the music. Moving story, told through the mechanics and environment very well.

I guess I'd like to see a bit more aesthetic variance in the different areas, but it still works well as is.

Is the soundtrack available anywhere? (I'd totally pay for it.)

If you ever want to support my work, there's a button "Support this Game" just below the game window. 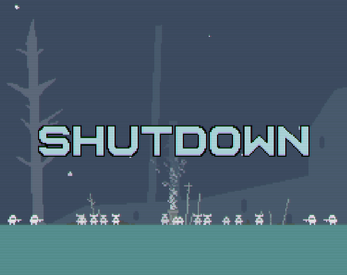